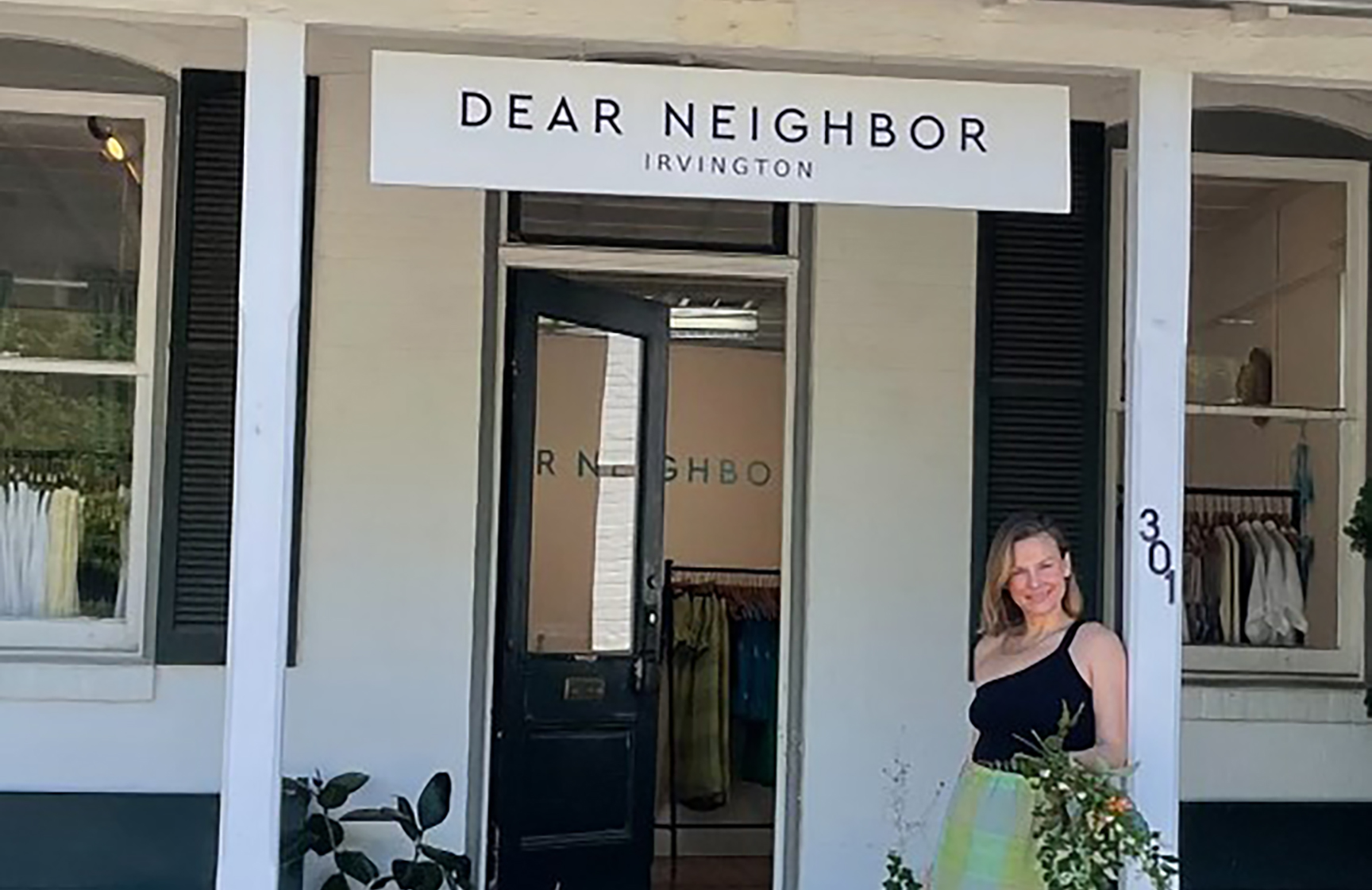 Though not quite ready to take the full-time plunge, a Richmond women’s clothing store is dipping its toe into river country this summer.

Dear Neighbor, which sells women’s clothing and lingerie as well as jewelry, home goods and personal care items from its main shop in Church Hill, recently opened a seasonal pop-up store at 301 Steamboat Road in Irvington, a small town on the eastern tip of the Northern Neck.

Store owner Kristy Santelli Cotter said the former Irvington post office that the pop-up occupies caught her eye shortly after she and her husband Evan Cotter bought a nearby home as a getaway from the city early in the pandemic.

“We bought a pandemic house super early on in the pandemic in June 2020 and the original Dear Neighbor is in our backyard in Richmond. Because we also live out there we’d be driving around and we saw this really charming old post office,” she said. “It was completely vacant and I always said I’d like to try a store out here. Just to see if the local community could support it and also the tourist community.”

Though it took a couple years before she could line up a short-term lease on the space and get the store opened, Cotter said she’s been happy with the reception the store has gotten thus far from customers.

“The local community has been so phenomenal in supporting us so far. It’s been really successful,” she said. “We have a lot of younger people opening up businesses in Irvington. I always felt it’s had the Hudson Valley vibe. It’s a very easy retreat for people in Richmond.”

Cotter said the pop-up, which first opened in late May and is planned to continue until early September, is intended to gauge whether a permanent second location of Dear Neighbor will be viable in the area.

“The whole vibe of Dear Neighbor is the world is on fire and shopping should be fun. What we really try to do at Dear Neighbor is create a safe space for people to have fun with clothes and try on different things they might not have tried on before,” she said. “Out in Irvington we’ve had a lot of women come in and say we’re a young (women’s) store, but we’re a fun store.”

Cotter said her family splits time between Richmond and the Northern Neck and she intends to continue to operate the Richmond store at 2415 Jefferson Ave.

Dear Neighbor has transformed from the home goods-focused shop it was when it opened in 2016 into one focused on women’s clothing.

Cotter said the pandemic and ensuing pivot to online sales to offset lost foot traffic helped drive the change. Home goods like candles are heavier than clothing and more fragile, making them more costly to ship than clothing.

“Candles and home goods were selling good but shipping those goods isn’t fun,” she said. “During the pandemic, we leaned into lounge wear because everyone was wearing sweatpants.”

Just as a local women’s clothing store extends its reach out of town, a North Carolina-based women’s clothier has expanded to Libbie-Grove. Rosewood Clothing Co. relocated earlier this year to the Fan.